One-week experiences in cities that have taken the practice of City-Making to a higher level. In this case, the city is Barcelona. The participants will be able to know about the city and its main projects, get access to its institutions, and interact with its managers. 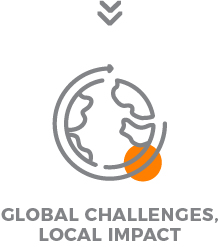 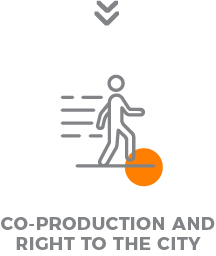 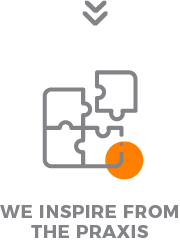 Participants from different parts of the world meet to exchange
knowledge and inspiration. 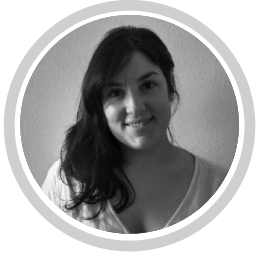 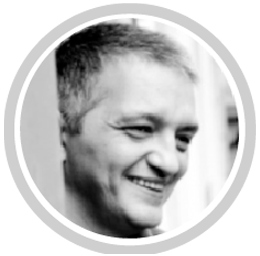 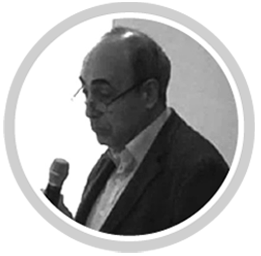 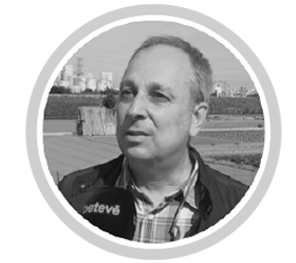 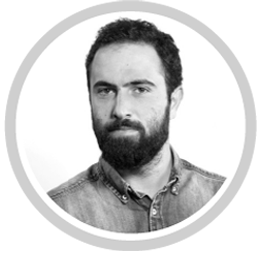 CityMakers creates synergies between institutions, professionals, and universities around the city's management and design, enhancing their perspectives and capacities to offer solutions and more intelligent approaches to the new urban challenges

WITH THE SUPPORT OF

Talks and panel of experts: “The Hidden Gardens” The Example District of Barcelona has about 400 blocks. Of these, about 50 have built parks inside that are increasing the public space of the city

AFTERNOON
Technical visit to the superblock of Sant Antony and some hidden gardens In the Ensanche of Barcelona, we will visit together, with its ‘makers’, the two major projects that define the current physical city: a ‘Super-Illa’ and some interiors of urban blocks that have been recovered as public spaces. Both projects have been awarded and recognized throughout the world, and large cities seek to replicate them for the success they have brought to Barcelona

EVENING
Area of touristic interest Highlights: Plaza Cataluña, La Rambla and La Boquería market, Basilica del Pi, Plaza Real, the Columbus Monument, the Paseo Marítimo, the Via Laitena, the Plaza Sant Jaume, the Mercat de Santa Caterina and the Cathedral from Barcelona (visit not guided but with material provided)
WEDNESDAY: The innovative Barcelona: the 22@ innovation district and the un urban resilience hub
MORNING
Talk and roundtable: “The Economic District of 22 @” We will visit the Barcelona City Council so that the ‘makers’ of this district tell us about their conception and success

Technical visit to the 22@ economic district Together, with experts, we will walk a part of the 22 @ and we will understand why not only it changed a depressed area of the city, but it also opened a new era of local economy

AFTERNOON
Talks and panel of experts: “Barcelona: World Capital of Urban Resilience” Experts will talk about sustainability in Barcelona and we will know the global urban resilience program

Area of Touristic Interest: The Surroundings of La Sagrada Familia (visit not guided but with material provided)

EVENING
Area of Touristic Interest: The Promenade and the Beach Highlights: El Puerto Viejo, La Barceloneta, the Paseo Marítimo, the Olympic Port, the Olympic Village and the sculpture of the Olympic Fish by Frank Gehry (visit not guided but with material provided)
THURSDAY: The unknown Barcelona: La Mina Neighborhood and El Besos Riverside projects
MORNING
Talk and roundtable: “The Transformation Plan of the Barrio La Mina” In Barcelona, there are also slums. What was once the most problematic neighborhood in the city and the plan that has transformed it over two decades, told by its ‘makers’

Technical visit to La Mina neighborhood We’ll go through the most important parts of this neighborhood and the urban operations that have been transforming it over 20 years
AFTERNOON
Technical visit to the Besos River and the Forum 2004 of Barcelona Highlights: Besos riverbank and its water management projects, the Parc del Litoral, the Nautical Port of the Forum, the Parc del Forum and the Photovoltaic Pergola of the Forum
EVENING
Area of Touristic Interest: Montjuic and the Olympic Barcelona Highlights: The Olympic Park of 92, The Palau Sant Jordi, the Communications Tower, the exteriors of the Art Museum of Catalonia, the Avenida de la Reina María Cristina and the Plaza España (visit not guided but with material provided)
FRIDAY: The Metropolitan Barcelona: the public transport system, a Solidaritat and el Tibidabo
MORNING
Talks and panel of experts: “The Metropolitan Barcelona” Experts will talk about the metropolitan approach of the city and the most relevant issues on this scale: mobility, environment and physical projects